The Art of Blending Cultures is at the heart of Hotel Okura Amsterdam, where authentic Eastern traditions are combined with the finest expression of Western luxury. The epitome of hospitality. But, on occasion, the Art of Blending Cultures can also offer a remarkable first glimpse into other people’s traditions. And that is exactly what happened during the colourful Shinto ceremony that was held on a construction site in a working-class area of Amsterdam.

Let’s travel back in time... to Wednesday 23 April, 1969, to a sandy expanse of land stretching along Ferdinand Bolstraat in Amsterdam’s working-class neighbourhood, De Pijp. It’s chilly and cloudy and there’s a stiff breeze – typical Dutch spring weather. The members of the eclectic crowd that has gathered on the construction site, including Amsterdam’s mayor Ivo Samkalden and Okura International’s president Iwajiro Noda, keep their coats firmly buttoned up. But, despite the weather, there is a sense of celebration in the air. Because today marks the official start of work on Hotel Okura Amsterdam, the second Okura Hotel in the world!

Since about one third of the Netherlands lies below sea level and much of the country is marshland, all buildings need to be supported by a solid foundation of piles. As such, the Dutch usually celebrate the official start of new construction projects with the driving of the first foundation pile into the ground – to rapturous applause and with the lighting of a flare. And although Hotel Okura Amsterdam will also be built on piles, today’s celebrations are something altogether different. The official start of construction of the 78-metre-high building will be marked by an authentic ground-breaking ceremony – the very first traditional Japanese ground-breaking ceremony to take place in the Netherlands. 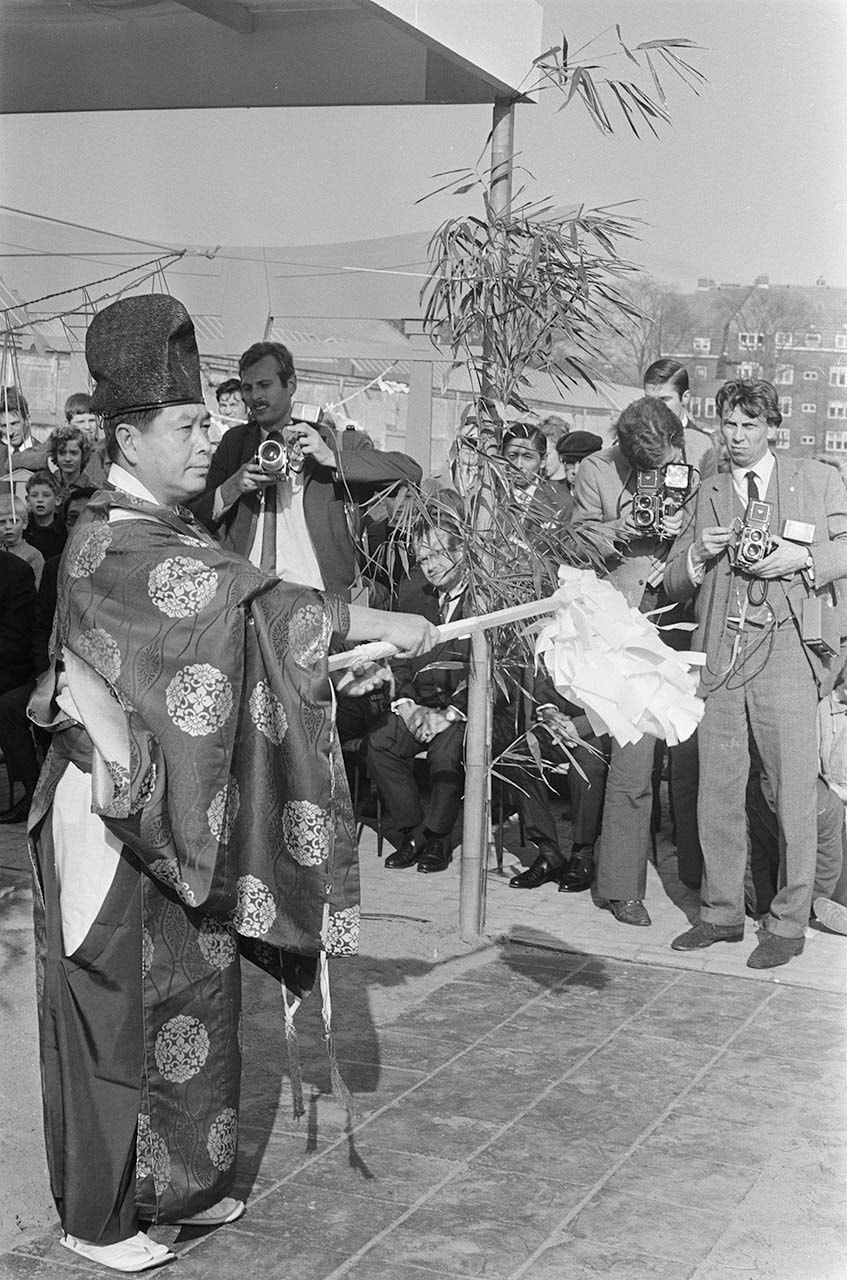 While a crowd of journalists, employees and local residents watch in awe, a colourfully dressed Japanese Shinto priest performs all kinds of traditional rituals. In a small temple adorned with bunches of bananas, which was built specially for the occasion, the priest asks the kami, Japanese spirits of nature, to bring good luck and prosperity for the hotel by offering them fruit and wine. And to rid the ground of negative forces, a small hole is dug to pour water into. But not just any water; holy water from Mount Fuji, which arrived at Schiphol the day before on a direct KLM flight. Mount Fuji is an important symbol in Japanese culture. The iconic, snow-covered peak, which on clear days can be seen as far away as Tokyo, has for centuries been a place of pilgrimage and inspiration for Japanese people all over the world. 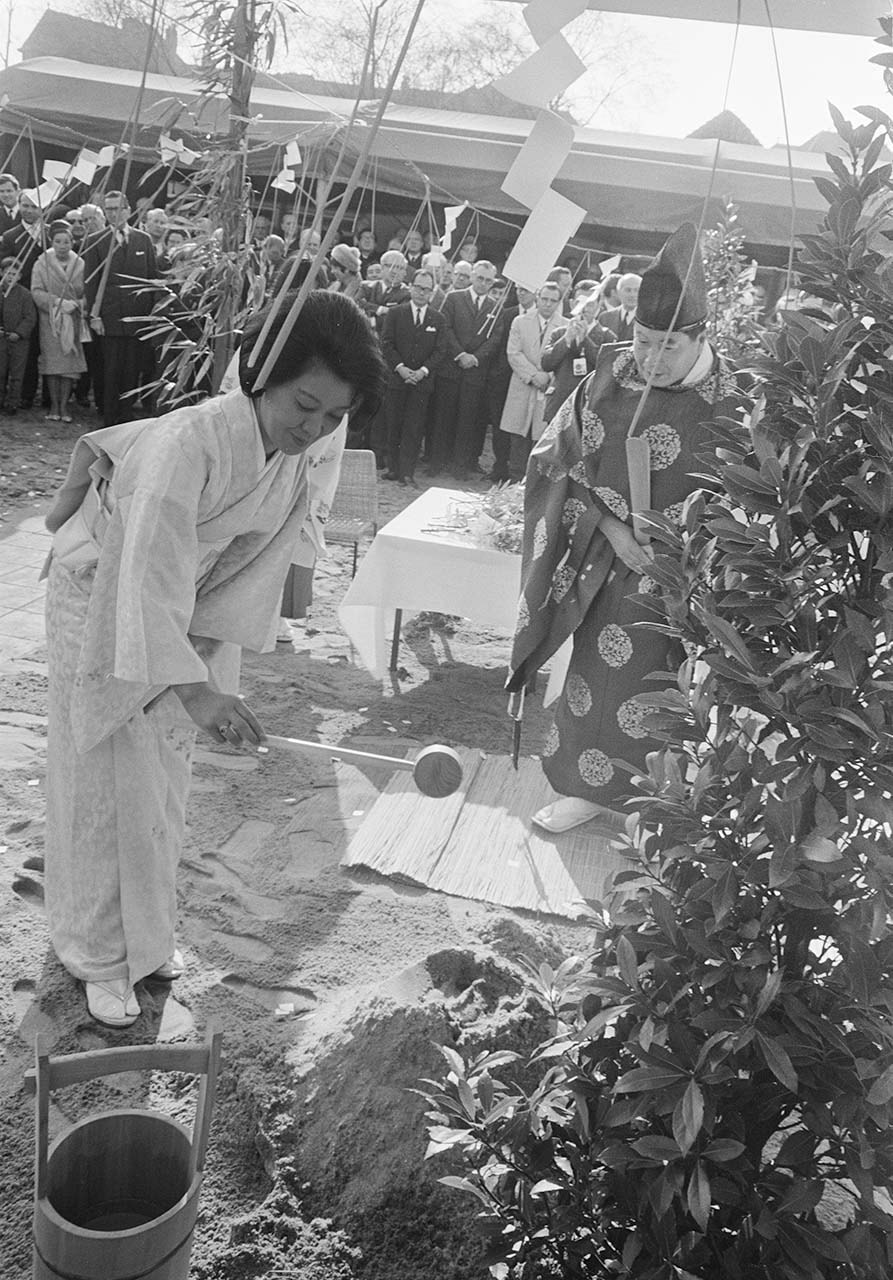 The ceremony is followed by a period of major construction works, and two and a half years later, Hotel Okura Amsterdam opens its doors on 24 September 1971. At long last, guests can experience first-hand the blend of two very different cultures, and how that blend engenders the epitome of luxury and hospitality. The exotic ground-breaking ceremony two years earlier, complete with melted snow from Mount Fuji, afforded a first glimpse of this. Even though it was on a windswept stretch of sandy ground below sea level... This, too, is that we call the Art of Blending Cultures. The Art of Okura.