A tree full of the Okura Christmas spiritThe art of Caring

The Art of Caring is about Hotel Okura Amsterdam’s values and principles. Which become increasingly visible during the festive season. Because, after all, December is a time for giving back and for sharing, for presents and for faces full of joy. Listen to this heart-warming story about our special Christmas traditions.

In Japan, they have their Gingko tree; the Western world has its Christmas tree. Every year, millions of households across the world lovingly decorate this evergreen tree with lights, ornaments and tinsel to inject a little light and cosiness into the home during the darkest days of the year. And even though the Christmas tree wasn’t part of traditional Japanese culture, Hotel Okura Amsterdam also decorates a special Christmas tree every year.

The tradition started in 1994, when an idea came to the then general manager, Marcel van Aelst, when he was travelling in San Francisco – why not have a Christmas tree full of fantastic children’s toys, which can then be donated to charities after the festive season? When he returned to the Netherlands, Van Aelst contacted his colleagues at Leading Hotels of the World and asked them to send a doll dressed in their country’s traditional clothing. The response was overwhelming: more than 200 dolls in a spectacular variety of costumes arrived in Amsterdam. There were dolls in lederhosen, sarongs, ponchos, saris, kilts and djellabas. In fact, there were more dolls than the tree could hold! So they were also displayed throughout the hotel’s lobby.

After Christmas, Hotel Okura selected a charity to receive this very special donation: the Emma Children’s Hospital in Amsterdam, which cares for children with complex or chronic diseases. The following year, Van Aelst came up with a new theme for the Christmas tree. This time, the hotel was flooded with vehicles from all over the world: rickshaws, sleighs, carriages, trams, camels – even a flying carpet! And, of course, these gifts were also donated after the holiday period.

The start of this special Christmas tradition also marked the start of a long, heart-felt relationship between Hotel Okura Amsterdam and the Emma Children’s Hospital. Since 1994, the hotel and the hospital have joined forces on numerous occasions to organise charity events, such as the charity gala in 1998, which was held to raise money to set up a kitchen for teenage patients at the hospital. To this day, chefs from Hotel Okura Amsterdam still organise cooking workshops to teach patients all about the secrets of Okura’s cuisine. Since 2016, Hotel Okura Amsterdam has also contributed to the [email protected] award, a prize that is awarded every year to employers who have taken on young people with a chronic illness or physical disability.

To mark our 50th anniversary year, the lobby will also be home to our Ginkgo tree, the traditional Japanese tree that stands for wisdom and longevity. Throughout this special year, this tree will be sharing inspiring stories about the 50-year history of our hotel. Like this story, which embodies the spirit of Hotel Okura Amsterdam. We call this The Art of Caring. The Art of Okura. 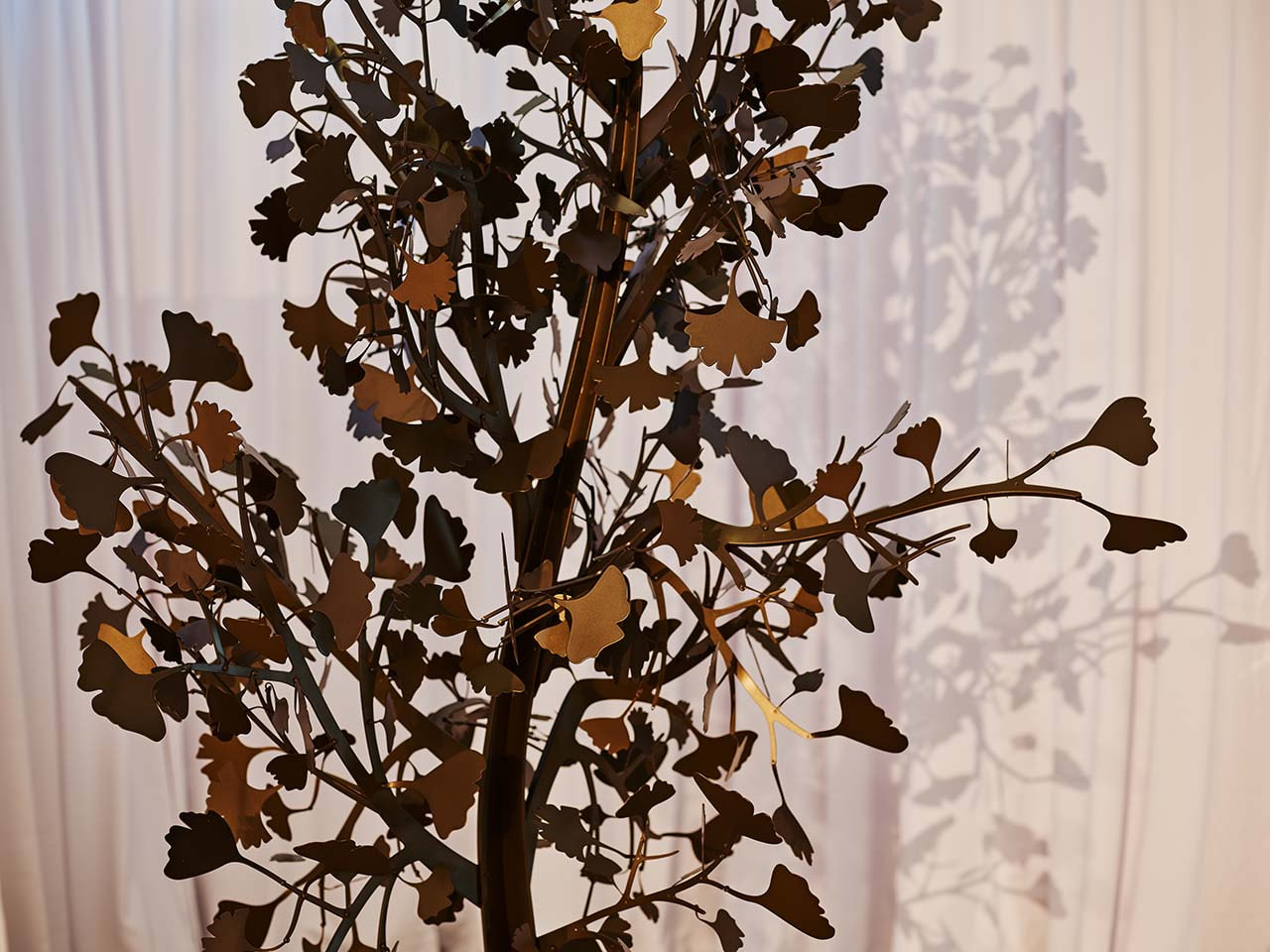